The Big Bang
It happened very quickly at the beginning of the Universe. 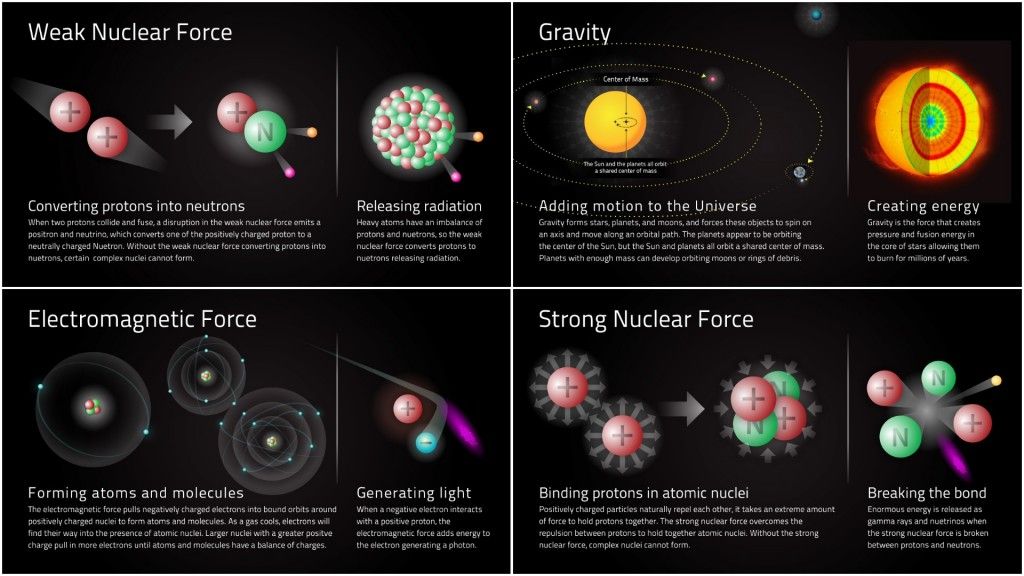 .
.
About one-billionth of one second…

Dense sea of quarks
A quark is a tiny particle which makes up protons and neutrons.

Nucleosynthesis
Nucleosynthesis is the process that creates new atomic
nuclei from pre-existing nucleons (protons and neutrons).
According to current theories, the first nuclei were formed a few minutes
after the Big Bang, through the process called Big Bang nucleosynthesis. 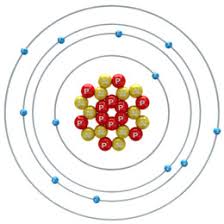 Protons and Neutrons
Protons and neutrons are in the centre (nucleus) of the atom.
(Protonâ€”positive; electronâ€”negative; neutronâ€”no charge. ) 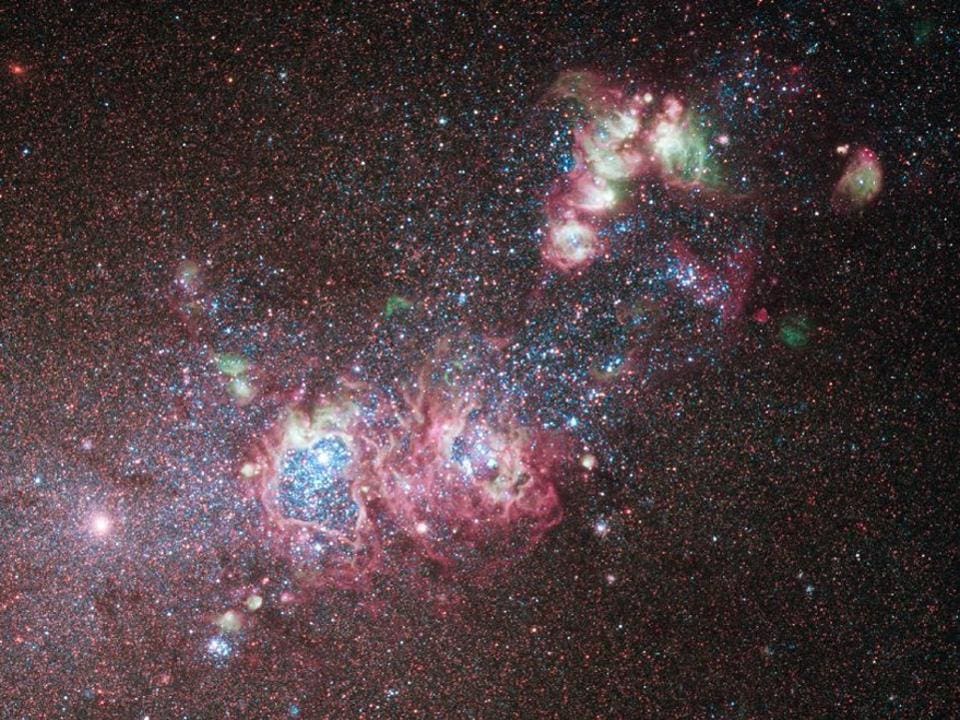 Electromagnetic Energy
(a form of energy that is reflected or emitted from objects in the form
of electrical and magnetic waves that can travel through space.) 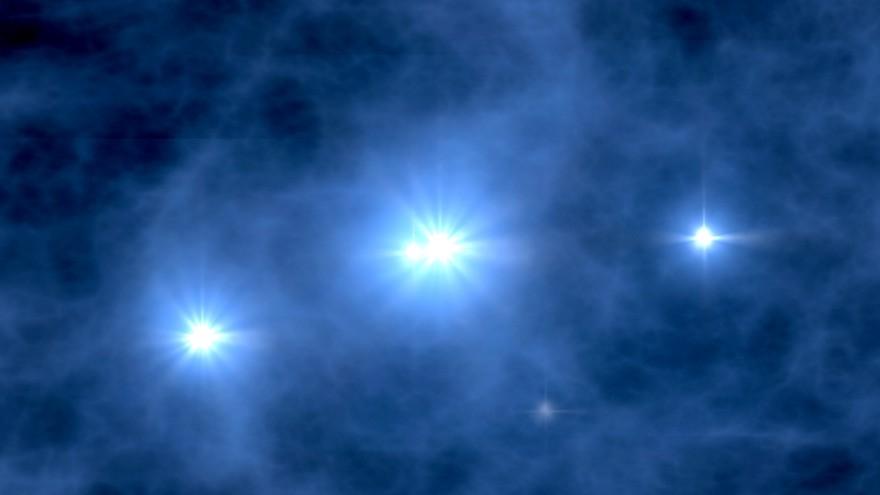 The very first stars to shine
(likely formed when the Universe was about 100 million years old,
prior to the formation of the first galaxies.)

Story of the Universe
(Click for enlarge image.)
There is still much to be discovered about the Universe and the Big Bang,
recently the scientists have proposed that there must be a fifth fundamental force
(known as dark energy) that prevents the Universe from collapsing inwards
under the force of its own gravity.

The Fifth Force
The Fifth fundamental force are in no particular order
gravity, electromagnetism, the weak nuclear force and the strong nuclear force.
(Click for enlarge image.)

.Back to  The Universe  /  next to  Microwave Background  page.