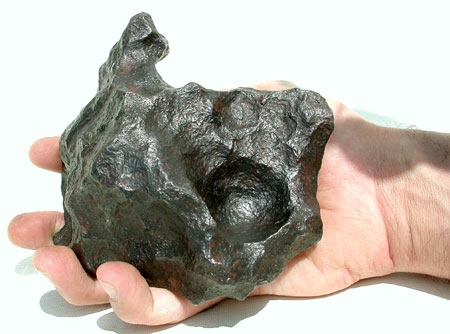 Pieces that survive the journey and
hit the ground are calledÂ meteorites.

This photo shows a group of German geologists
at the Hoba Falls site in 1929.

The Hoba Fall site today, it has been uncovered but,
because of its large mass, has never been moved from where it fell.

The most abundant meteorites found in Antarctica are called chondrites.
They are some of the oldest objects known in the solar system.

Chondrite
This is a stony meteorite that has not been modified,
by either melting or differentiation of the parent body.
They are formed when various types of dust and small grains
in the early Solar System accreted to form primitive asteroids.