Posted on 14th December 2013 by Derekscope 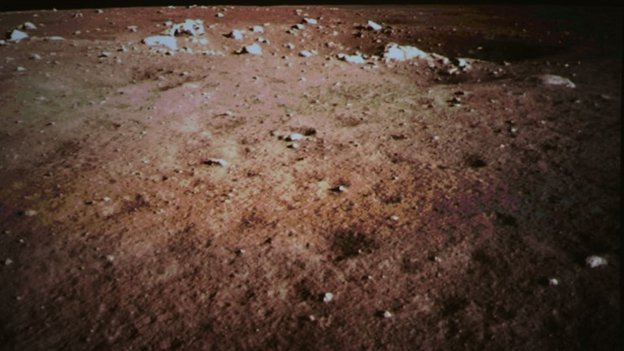 
China says it has successfully landed a craft, a major step in its programme of space exploration. 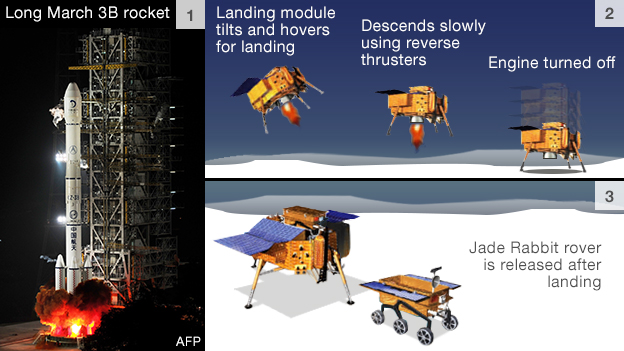 2) At a distance of 4m, the lander switched off the thrusters and fell to the lunar surface – robotic rover,Â called Yutu, which translates as “Jade Rabbit”,Â on the surface of the Moon whereÂ took place on a flat plain called the Bay of Rainbows.

3) The Jade Rabbit was expected to be deployed several hours after touchdown, driving down a ramp lowered by the landing module.

Reports suggest the lander and rover will photograph each other at some point on Sunday, more article by Paul RinconScience editor, BBC News website.

This entry was posted in Derekscope's Post. Bookmark the permalink.