Posted on 15th December 2013 by Derekscope 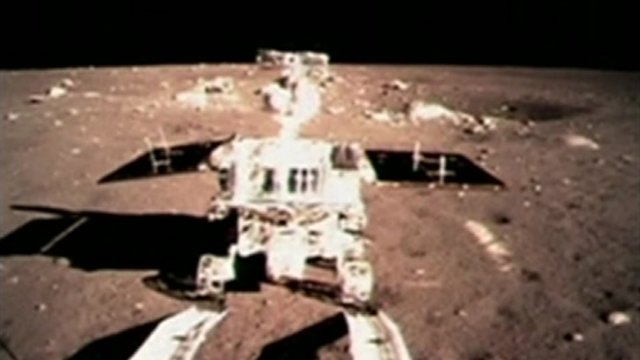 The six-wheeled Chinese vehicle – “Jade Rabbit”Â deployed from lander onto the Moon.

Other successful, the six-wheeled Chinese vehicle – “Jade Rabbit” has deployed from lander onto the Moon’s surface.

This Rover also has expandable opening solar arrays to absorb the sunâ€™s energy during the day and closing it at night to cover and protect equipment from temperatures of -170Âºc.

Both the lander and Rover (Jade Rabbit) are powered by solar panels but some sources suggest they also carry a “heart” (radioisotope heating units), containing plutonium-238 to keep them warm during the cold lunar night.

Now they start to work gather measurements of the lunar soil and crust, and the lander will operate there for a year, while the rover is expected to work for some three months.

This entry was posted in Derekscope's Post. Bookmark the permalink.